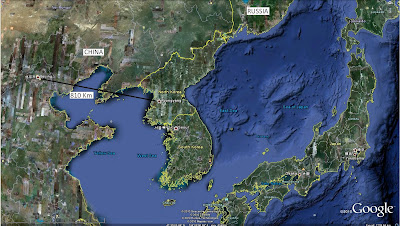 It’s funny the mental linkages that the random firing of synapses create sometimes. I have been working at home a lot recently and my good and tolerant woman is out working. Nothing wrong with that as it’s just the way our work patterns are at the moment.

I was doing my bit to help out by keeping things like the place clean and the laundry up to date (stop sniggering – I heard that). It occurred to me that many of us are happy to whinge, moan and complain on how bad things are.

Basically we want someone else to do the boring, mundane and even unpleasant jobs. I have no time for that sort of indulgent crap. Nobody is going to do it for us. No white charger or cavalry troop will come riding over the hill to save our asses. We have get stuck in and do it ourselves.

To follow on from my last post I see that there is still some life left in the comatose body of Irish politics. So those soppy love songs weren’t far from the truth after all. You only miss what is dear to you once it’s gone. In this case it was the sovereignty that generations of Irish people have fought and died for.

The sight of fat, over-privileged Euro pigs marching in and telling the Irish government what to do – to make them an offer they couldn’t refuse – was too much to take. The already bought and paid-for lackeys are trying to carry on as usual – here’s their austerity budget. I caught this on Suraci’s blog (he’s back) - Jim Corr trying to rally the fight back.

We have never been reticent before about telling an all-powerful global empire to shove it up their ass. It’s almost a genetically conditioned response. My guess is to watch out for a number of lower caste banksters to off themselves due to ‘pressure’ or ‘financial strain’ soon. This could get interesting.

Meanwhile over in the USS of Amerika we shall soon learn the effect of the National Opt-Out Day. I hear the US airports are very quiet today – unusually so considering this is one of their busiest days.

I can well understand why concerned citizens would prefer to avoid the airports completely rather than stand up for their right to be treated like a sentient human being. Anyone defending their rights is likely to face jail time and that would not look good on their CV in the current economic climate.

Abstinence is an understandable choice considering the natural reaction of any father/husband is to beat the crap out of anyone molesting their partners and children. There has been a lot written recently on this issue so we are well aware of what is involved.

All around us we see people getting ready. No one is immune and the fun and games are about to begin. We see the sleepwalking masses rouse from their fast food induced haze. The last 24 hours have seen more riots and protests in Britain and now Portugal.

They can try to distract us with war mongering in Korea but that is yet another distraction from the many dangers we all face on our own doorsteps. There are enough of us now to ensure that we all keep on track of the real issues. When the dirty work needs to be done we need to be ready to do it ourselves.

I know that I have kept banging on the same old drum in my posts a lot recently. If you are not aware that this sham society we inhabit is run for, and by, the banks then you’re doomed. Go back to sleep – sorry if I woke you.

Excuse me while I plaster on a fake smile and wade through this shite one more time. The vampires are once again circling around the Euro zone and focusing this time on my homeland – Ireland. The Banksters via their puppet politicos really have the Irish people by the short and curlies.

It started with the now common scene of banks making outrageous profits from loaning money that didn’t exist for ‘developments’ that weren’t needed. Once the Rothschilds yanked the credit (debt) lines the Irish banks were screwed.

Enter stage left the usual fools (politicians) who kindly steeped in and offered to saddle the Irish people with multi-generational debt peonage to help their golf buddies out. Two years later and the Irish people have been on a debt diet (public spending slashed and tax increased) that would make an anorexic wince.

Now the ‘wise’ taking heads of finance say that the Irish can’t borrow enough to cover their expenses. There’s that word again – borrow. Their good little lackeys in Dublin complain that they have enough stashed away to last until June next year – what’s the worry?

Here’s the punch line from David McWilliams, a former Irish Central Bank economist. In this article he says “Ireland should agree to let the European Central Bank - which has full-time observers inside the Department of Finance in Dublin - take 'direct responsibility for the Irish banks, over and above the Irish government.’”


***************
What a surprise. Only one nation has had the good sense to tell the banksters to shove it where the sun doesn’t shine – Iceland. The high priests of usury are the root cause of this misery and expect us to meekly surrender to them to fix it. If anyone believes that I have a bridge to sell them.

Meanwhile here in the land of endless CCTV surveillance cameras (that never work when you need them) another useless diversion is underway. It’s seems like the deviant bloodlines are having a little nuptial celebration. Expect non-stop saturation coverage of this bunch of inbreeds (cheers Suraci) for months while the power grabs take place behind the scenes.

What can we mere humans do about it all? Well here’s an idea from an unlikely source. Eric Cantona is a former soccer player, actor and it seems a thinker too.

We take it out on the banks. Demonstrations by hundreds of thousands did not stop the war crime of the illegal Iraq invasion. They won’t stop the banksters either. We simply stop playing their game. We organise a coordinated withdrawal of funds from all the banks on the same day - a deliberate run on the banks. Why not?

Stop using the tools of the beast in your daily lives. It’s time to get creative. Buy quality second hand goods. I would rather have sturdy functionality than bling. Most importantly stop borrowing money. All we have to lose are our chains of bondage. We can storm the Bastille armed with nothing more than our bank cards.
Posted by chuckyman at 12:07 14 comments:

I haven’t had much time recently for more than a passing view of the headlines and the odd gem from my favourite posters. The four horsemen gallop towards us with ever greater speed.

A simple glimpse of the headlines should be enough for even the biggest somnambulant moron to know that ‘something’ big/bad is going to happen. Even on the idiot box the talking mannequins are using the language of ‘tipping point’. They even used it in a discussion about a handbag fight between ‘Christian’ temple priests.

It is strange how the mind works. Recently a thought struck me. As a young boy/man we would sing a hymn called “Céad Míle Fáilte”. The Gaelic name for the carpenter from Nazareth is Íosa and it sounds (to my ears) the same as the revered name Isa (PBUH) in Islam. We have more in common than we think.

Curious that Henry VIII got a papal bull from the Pope to stamp out the uppity followers of Christ in Ireland and to teach them the 'one true faith’. How much of the message of Christ was eradicated by Constantine at the first Council of Nicaea? They’ve been revising and ‘interpreting’ it for us ever since.

The fate of us all seems to hang by a thread. We seem to pause for breath almost as if we are coming up for air. All too soon comes the climax of our times and we will all be put to the test. It’s about bloody time too.

This little tune from Freddie captures the moment for me.

Good luck and may your God go with you.
Posted by chuckyman at 11:10 14 comments: