A Loose Word From The Spooks

I’ve been hand-cuffed to the corporate rat race for the last few weeks and frankly could not raise the energy to write anything meaningful. My multi-part piece on the ‘Big Picture’ is still in the pipeline. Unfortunately the blood required to flesh out its bones was wasted elsewhere. Here are a few attempts by my monkey mind to make sense of the last few weeks.

I came across an article from Gordon Duff over at Veterans Today. In it he makes a lot of assumptions about the current game play in Libya that rang a bell for me. Gordon is an old hand spook who swims in the spook swamp. I said it before that I like his stuff but you must take everything online with healthy dose of salt.

Gordon essentially discusses the familiar dynamic power play between blocs of ‘the elite’– the Atlantic (Britain and the US) bloc versus the pan European bloc. He places Tony Blair in the Atlanticist group but he makes a telling inclusion in the pan-European group ie the Swiss. Most people don’t discus the Swiss, they make clocks and chocolate don’t they? As A.P. might say; 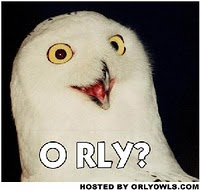 Sorry A.P. - I couldn’t help myself – it is so apt
This was the one haven in Europe during WWII did not get invaded and it had nothing to do with the fear of their armed population. Their army gets the exclusive honour of guarding the chief sorcerer in the Vatican – coincidence?

Does anyone remember when Libya blew up that Gadaffi’s son called in his loyalty cards with the Brits? Tony was embarrassed and so many in the think tanks didn’t realise they had been hobnobbing with a heinous camel jockey? Apologies to real camel jockeys while I plead poetic license.

No one complained when the oil money was getting spread around the Tavistock circuit. Gadaffi junior was also good friends with Peter (now Lord) Mandelson - fixer for his holiday buddy Nat Rothschild.

Mandelson is a truly creepy man who revels in the nickname of the ‘Prince of Darkness’. He resigned from public office twice in disgrace. Yet ‘somehow’ he returned from the dark corridors of power to become the kingmaker to preserve Gordon Brown and the last British government. Here’s a titbit from a British tabloid via the truthseeker’s site.

So Gordon Duff thinks it’s the French, Italians and Israhell working against the Brits and the US. Refer back to the picture above that I ‘borrowed’ from A.P. Israhell is a Rothschild creation and plaything. They are so dug into the woodwork in Britain that the only way to get them out again would entail blowtorches – a warming thought (grin).

The Roth’s have played the jewish community like a fiddle. They promote the most rabid of attack dogs to run it for them. One slipped through the control matrix and tried to run it his way. He was soon silenced – research the Rabin assassination and the lousy cover-up.

Both sides are seen to be played against the middle because the same hands pull everyone’s strings. In this fake engineered crisis we now see the imposition of a humanitarian ‘no fly zone’ - WTF. Any humanitarian mission enforced by war planes is akin to fucking for virginity – the end results are identical for the people on the receiving end.

The death and destruction of real human life is inconsequential to these psychopathic monsters. Power plays and business as usual are the result. They are always looking to get one over on their rivals. They consider us as little better than bugs in the corporate compost heap.

The ‘elites’ remind me of the plot from the film Men in Black. Lots of dead bodies and mayhem caused so that some alien royal family could get their galaxy back. The camera pans back at the end of the movie. It show the galaxy used in a token in a game of marbles before being tucked into a purse with other marbles.

‘Payback is a bitch’ is the old saying. I prefer ‘Karma‘s a killer’. The bill is due and the Ides’ of March were the downfall of a previous Empire. This new slaughter may be ‘legal’ but only in the eyes of their pet lawyers. We know the truth and intend to make them pay. Their funny money will not be acceptable.

***************
PS. This may not be the best way or time to praise another blogger but I thoroughly recommend the recently completed 3 part series from James over at Winter Patriot. Excellent analysis.
Part 1,
Part 2,
Part 3.